Covid-19 has changed our lives in a way or other, and the way we do conferences aren’t an exception. This year, the EAA annual meeting ‘ moto was #Networking. I’m sure that originally researchers submitting their abstracts (including myself) thought about doing networking in the classical way: chating with this and that, with a cup of coffee in their hands, looking at an audience sitting in from of them while presenting their works and shifting ideas with a real face in front of them. Instead, this year had to be a virtual meeting, and despite the flair lost of real networking, this meeting hasn’t disappointed at all. By using the Hopin platform, which I find super easy to follow visually and interactively, the EAA organizers accomplish their moto successfully. 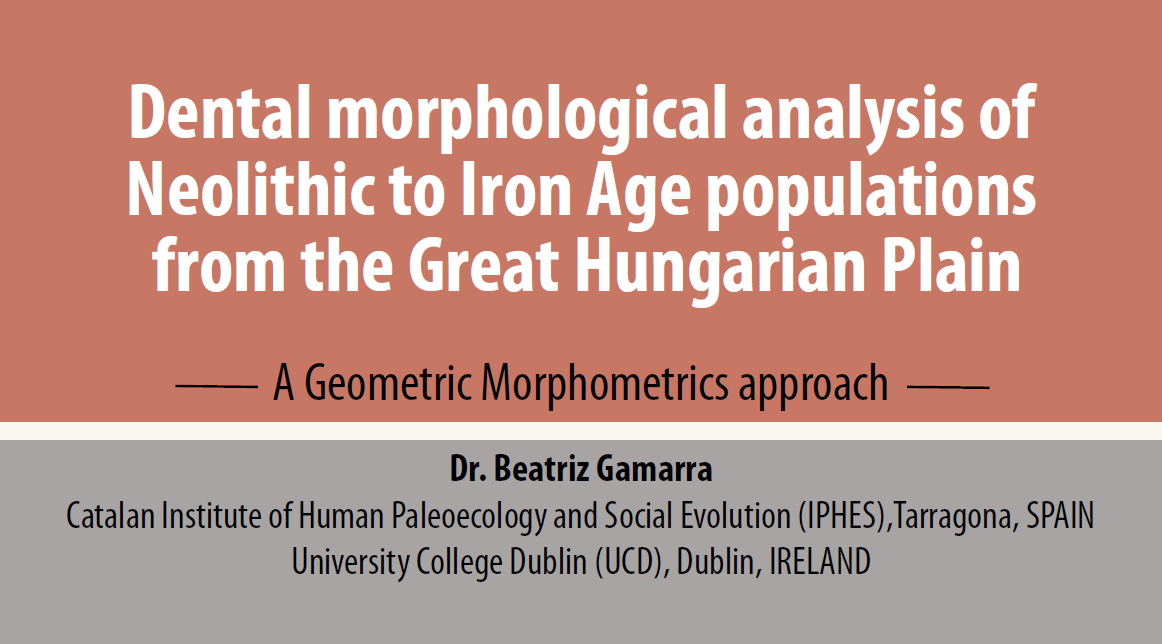 This year I had the opportunity to present the last batch of results of the MSCA project consisting of the first results on dental morphology analysis by employing GM approaches (abstract here). Very briefly, the aim was to confirm the genetic shifts detected in aDNA analysis in the GHP during Prehistory by employing dental morphology and be able to use it as a genetic proxy. We employed 8 landmarks and 59 curve semilandmarks to describe the Enamel-Dentine junction (EDJ) shape, previously 3D modelled from microCT scans, including occlusal traits and cervical outline. The results suggest that dental morphological variability did not dramatically change during the 5000 years recovered by the sample (from Middle Neolithic to Late Bronze Age). Despite this general overview of the results, we found that when analyzing only occlusal traits of the EDJ, samples are well discriminated by period. This means that employing only some landmarks to describe a particular part of the tooth is enough to detect sample differences. And probably by adding more points those differences are masked. That’s probably why, we didn’t find differences when describing the tooth shape with more points, let’s say when adding the cervical outline. So we save time digitizing less points and we are more effective by detecting the sample differences.

We also found that the Neolithic and Copper Age genetic continuity found in previous ancient DNA papers, is confirmed by the similar morphology of the EDJ. In the morphometric space (form and shape space PCA), Neolithic and Copper Age samples’ distribution overlapped. However, this was not that clear for the Bronze and Iron Age genetic shifts, since only some individuals belonging to these periods did not overlap with the Neolithic-Copper age samples’ distribution in the morphometric space.

More samples are needed to include in the study of dental morphology changes occurred in the GHP during Prehistorian times. These preliminary results are the starting point for the study of dental morphological changes associated with the adoption of agriculture in the GHP and other European population remains, thus making able to have an overview of this transition in the whole continent and at regional scale.