Brief Summary of the project

The adoption of agriculture and pastoralist lifestyle is one of the most important events in human evolution, resulting in significant biological, health and cultural changes. This transition started in the Iberian Peninsula around 5,500 cal BC, followed by several cultural and technological shifts during the next several millennia. The population dynamics that followed this transition and the cultural changes associated to them in the Iberian Peninsula has been long debated as it established the basis for the structure of our society. The objective of the present project is to characterize the changes in dental traits of Neolithic and Bronze Age Iberian populations and the factors influencing them to elucidate the relationship among the new lifestyle and anatomical traits. Specifically, by employing dental morphology approaches such as Geometric Morphometrics (GM) in the enamel-dentie junction (EDJ), this project will try to understand the biological affinities between past human populations that lived in the North of Iberian Peninsula from Middle Postcardial Neolithic to Bronze Ages times.

The combined use of multiple methodologies, such as GM and microCT approaches for the study of dental traits, combined with stable isotopes data and microwear patterns for paleodietary analysis,  will allow us to 1) evaluate accurately the morphological changes in teeth related with genetic, cultural and dietary regimes transitions of past populations in the North of Iberian Peninsula from Middle Postcardial Neolithic to Bronze Age, 2) provide an in-depth understanding of these transitions from a dental morphology perspective, and 3) contribute to the knowledge of this Prehistoric period of a particular European area with a novel and unstudied valuable sample with the application of a new methodology. 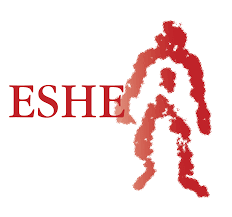